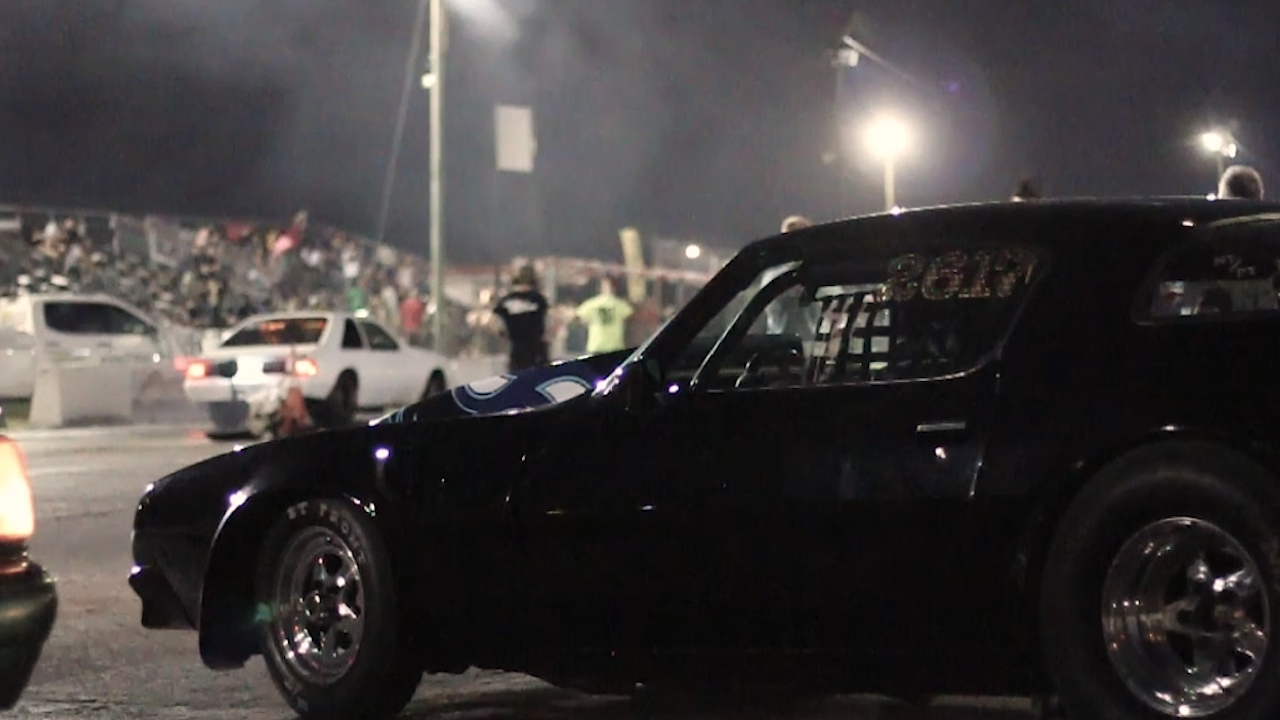 “Weekend warriors.  Backyard builds.  Sitting in a death trap.  It’s all for a thrill.”
– Adam Riley

Drag racing.  It’s pure Americana — and is the basis of all motorsports racing, especially in North America.  Honestly, if you think about it, motorsport rivalries began here.  There was no other form of racing before and it’s the most simplest form of racing — period.

What makes it so good is that it’s an instant gratification of a winner.  Like an arm wrestling contest or anything of that nature — that’s just do or die. Drag racing is such a diverse racing sport for all levels of drivers, because it’s one of the easiest racing levels to participate in.  It is relatively cheap and you can basically take any vehicle and do it.  You don’t have to have any experience at all.  You just get in.  Push the gas pedal and go.

But in modern times, the sport has evolutionized and has become very technologically incorporated.  Where there is still the simplicity of taking off, driving down the strip, and crossing the line first — there is more to it than just that.

Take for instance the hole shot, which is the initial take off, can be completely dissected of how to get an instant launch.  There are factors of tire compound, how hot the tires are, how hot the surface of the ground is.  The performance of the vehicle suspension.  Is there too much vehicle power or too little?  I mean, there are hundreds of factors that be taken into consideration and changed.

. . . and that’s just the launch.  After taking off the vehicle is measured in distances of 60ft, 100ft, 660ft, and finally the 1320ft distance, which is a standard quarter mile track length.  All of those distances are calculated along with how much of an initial delay you have from the time the starting light turned green, to when the vehicle actually moved to receive an overall time and speed.

Despite dealing with tuning and handling the data, the thrill of winning is what becomes the “high.”  After the adrenaline of staging for the start, anticipating the launch and crossing the line . . . despite the modern complexities, still, none the less — it’s a pure raw addiction of every automotive enthusiasts.  Period.

0 comments on “A Raw Night of Drag Racing”