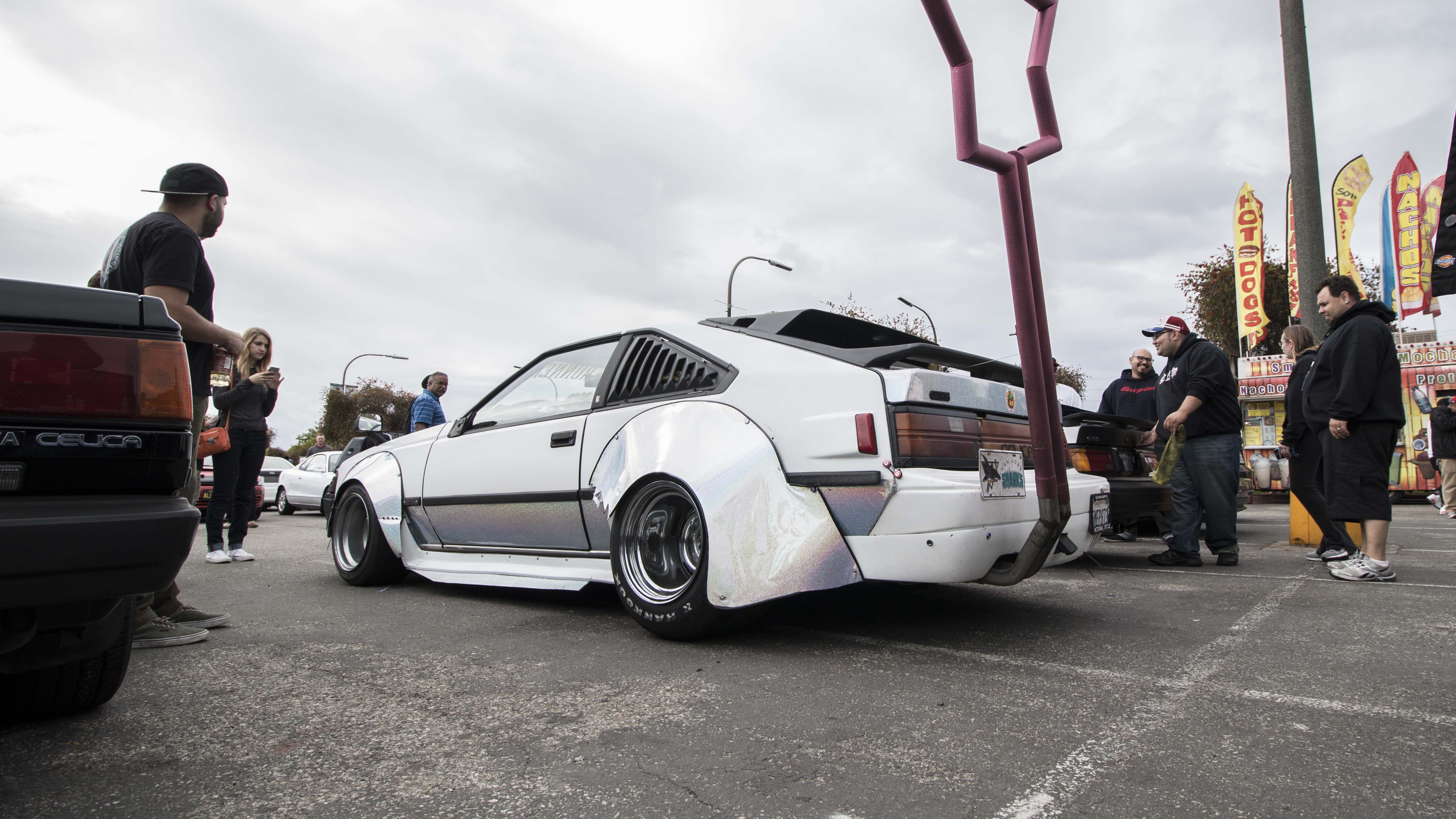 Over exaggerated aero wings.  Elongated fenders.  Jagged exhaust pipes frantically bent up towards the sky.  Crazy as they seem, these are the features of Bosozoku (Bo-so-zo-ku) — a Japanese style of car modding that originated from a subculture of motorcycle and car gangs.  Hence the word “zoku”, meaning gang.

On any normal day in Osaka or within the cramped city spaces of Tokyo, you’ll most likely spot a Bosozoku and it’s high-pitched buzzing exhaust: as if the driver is trying to play a melody with the gas pedal.  For some it makes them cringe.

Ready or not, features of the Bosozoku style have kamikaze-d right into the American car scene. So here’s how to spot a few Bosozoku mods that may be the next show stopper.

The modern Bosozoku style is a mash-up of several older Japanese visual car styles and one of the most common features is taken from the “Shakotan” (Sha-ko-tan) style. Literally meaning low. Attributes include an extremely low stance with enlarged wings, extruding exhaust tips, and wildly extended front chin splitters.

Another piece of visual styling is adapted from the “Garuchan” (Ga-ru-chan) style, which incorporates the persona of classic, race-car influence. The most notable features are widened fenders, or the use of extra-wide fender flares. (See below)

For Bosozoku’s, color is king. Every car has a unique and eclectic color palate. The visually intoxicating colors are adapted from the “Yanky” style that spilled over from the aloha shirts worn during the the 70’s and 80’s by local thugs. The name was also taken from a popular car driven in the pop-culture TV show, “Yanky Mate!”

While there are many different subculture car trends that run wild in the streets, none other is as visually crazier than Bosozoku. Smashing style and comic book-like attributes, Bosozoku pushes visual modifications to the limits of — ridiculous. But of course we should keep an open mind when seeing the new trends at the local car show. Who knows? The next show stopper just may be — an American Bosozuko.